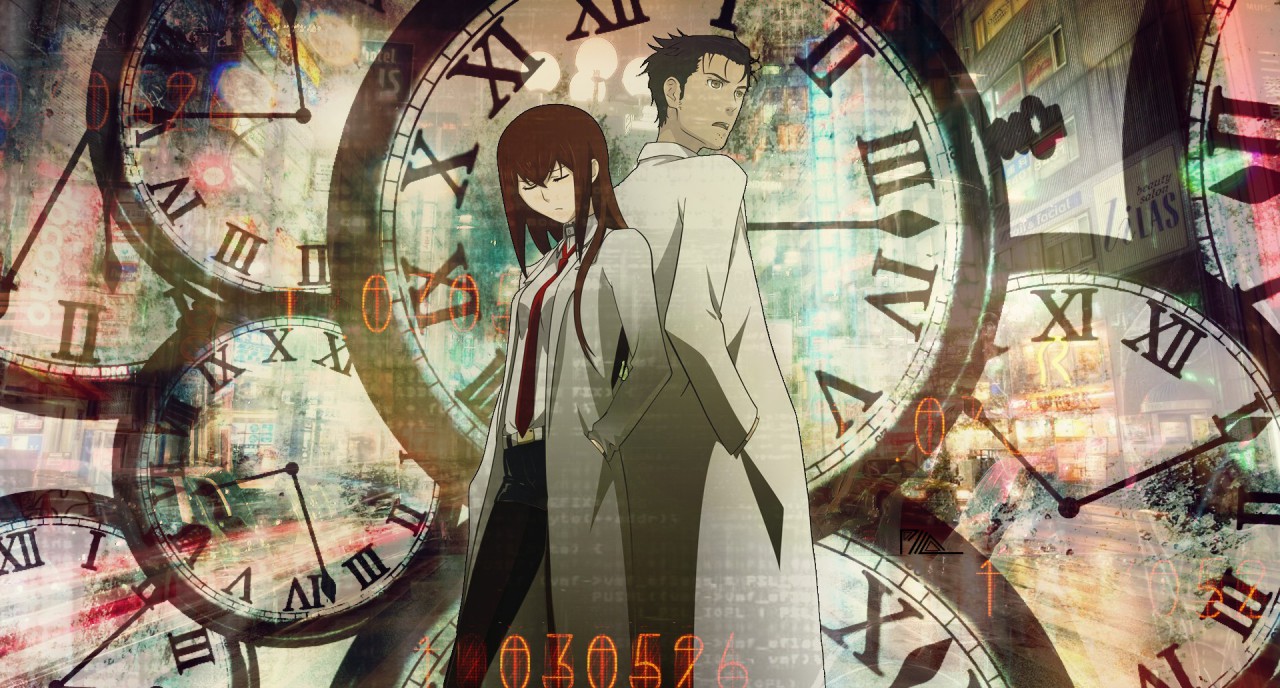 Steins;Gate[a] is a science fiction visual novel video game developed by 5pb. and Nitroplus. It is the second game in the Science Adventure series, following Chaos;Head. The story follows a group of students as they discover and develop technology that gives them the means to change the past. The gameplay in Steins;Gate follows non-linear plot lines which offer branching scenarios with courses of interaction.